A brief journey through a long history

When in 1937 the company known as "Gesellschaft zur Vorbereitung des Deutschen Volkswagens mbH" was founded, no one could have guessed that it would one day be Europe's largest carmaker. The history of the company - with all its trials and tribulations - is first and foremost a story of impressive success. 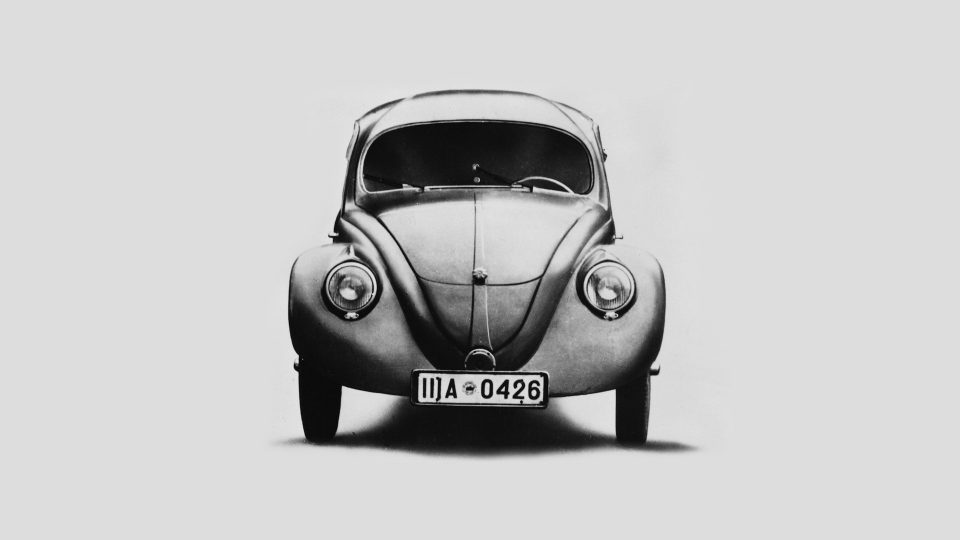 On May 28th, 1937 the “Gesellschaft zur Vorbereitung des Deutschen Volkswagens mbH” company is founded, and on September 16th, 1938 it is renamed “Volkswagenwerk GmbH”. In early 1938, in what is today Wolfsburg, work begins on construction of the Volkswagenwerk plant which is to house production of the new vehicle designed by Ferdinand Porsche.

During the Second World War Volkswagenwerk’s production is switched to armaments. Some 20,000 forced labourers, prisoners of war, and later also concentration camp prisoners, work at the plant.

In September 1998, in recognition of the events of that time, VOLKSWAGEN AG established a humanitarian fund on behalf of the forced labourers compelled to work at Volkswagen during the Second World War. By the end of 2001 more than 2,050 people in 26 countries had received humanitarian aid from the fund. Furthermore, a Memorial in remembrance of the forced labour employed at the Volkswagenwerk plant is currently being established at Wolfsburg, involving contributions from present-day Volkswagen apprentices. 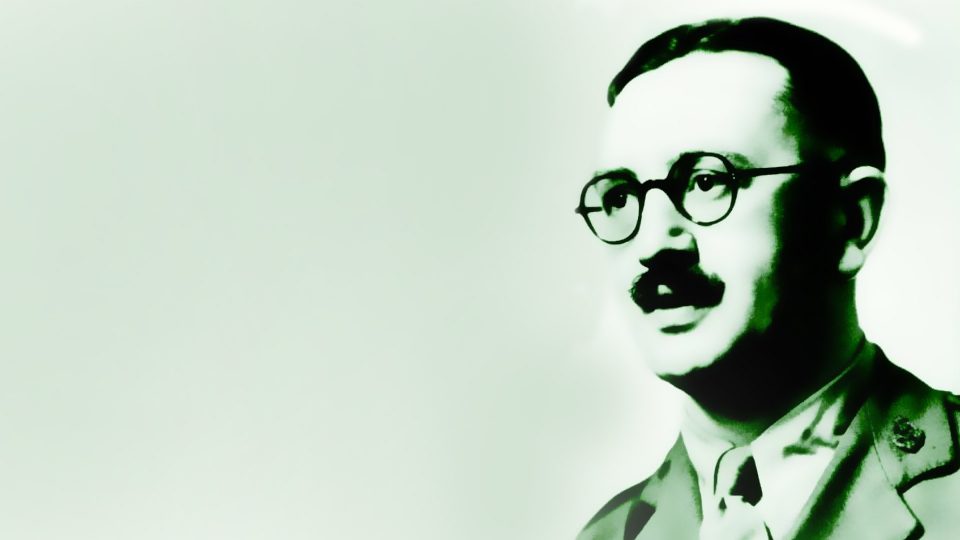 After the end of the Second World War, in mid June 1945, responsibility for Volkswagenwerk is placed in the hands of the British Military Government. Under the management of Major Ivan Hirst, mass production of the Volkswagen Beetle is started. 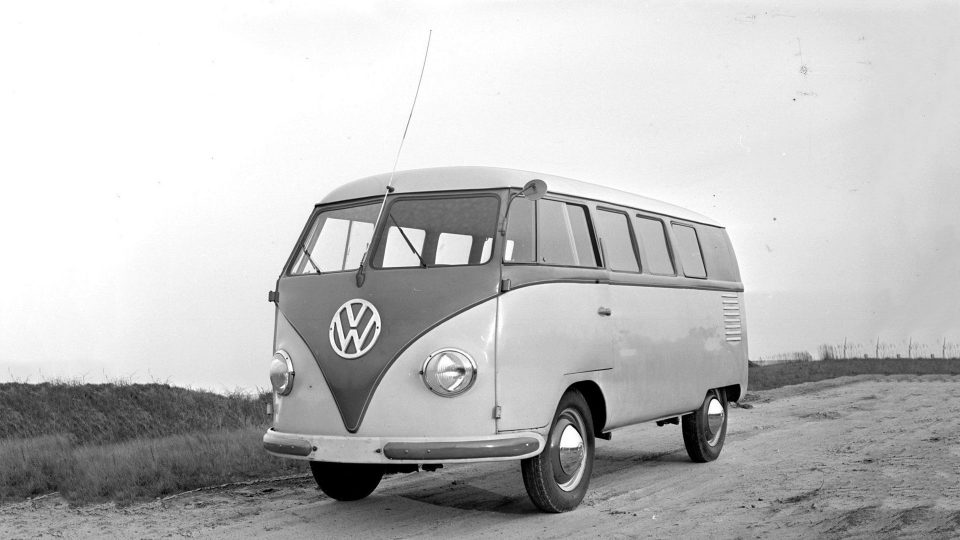 On March 8th, 1950 the Type 2 goes into production, expanding the company’s product range. The Volkswagen Bus, still today known to many as the “VW Bully”, soon creates rising demand thanks to its multifunctional capabilities. In 1956 a separate manufacturing base for the Transporter is established in Hanover, at the same time setting down the roots of today’s Volkswagen Commercial Vehicles brand. 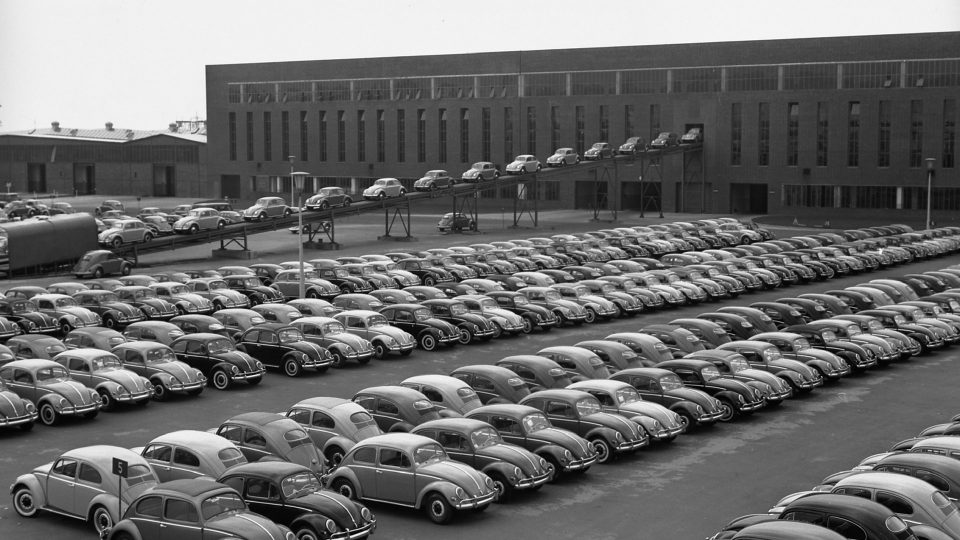 On February 17th, 1972 Volkswagen breaks the world car production record: with 15,007,034 units assembled, the Beetle surpasses the legendary mark achieved by the Ford Motor Company’s Model T, popularly known as the “Tin Lizzy”. In 1973 the Passat is the first model of the new generation of Volkswagen vehicles to go into production – with front-wheel drive, a water-cooled four-cylinder engine and a range of engines up to 110 bhp. In January 1974 the first Golf is built at the Wolfsburg plant. The compact saloon quickly becomes a hit, and advances to become the legitimate heir to the legendary Beetle. The same year also sees the launch of the sporty Scirocco, which was to continue in production until 1981. In 1976 the first Golf GTI rolls off the production line. The car, with its110 bhp engine, creates a real furore on the roads – and lays the foundations for the birth of a legend. 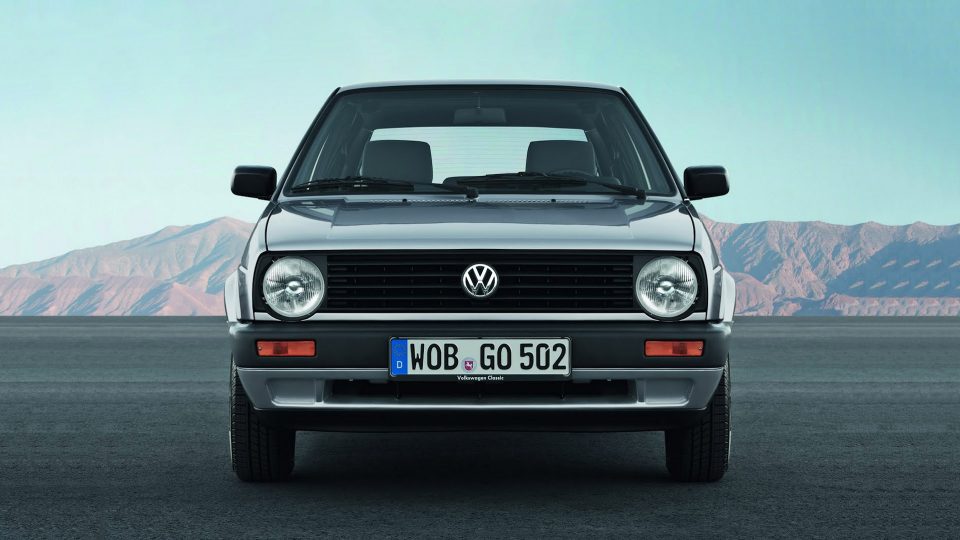 In June 1983 production of the second-generation Golf begins. The car is designed for a largely automated assembly process, and in the specially erected final assembly hall, designated Hall 54, robots are deployed for the first time in vehicle manufacture. 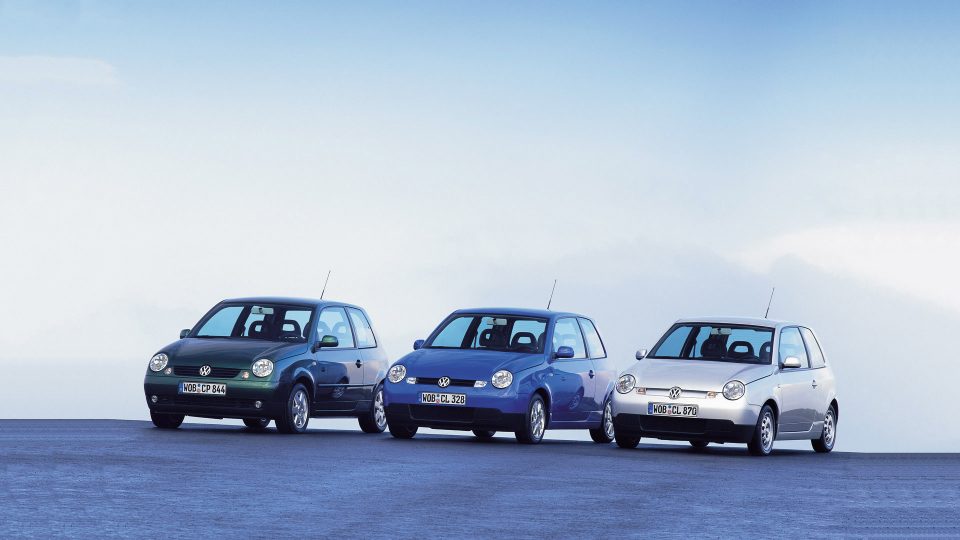 With the production launch of the Lupo 3L TDI, the first production car to offer fuel consumption of just three litres per 100 kilometres, in July 1999, Volkswagen once again makes automotive history. 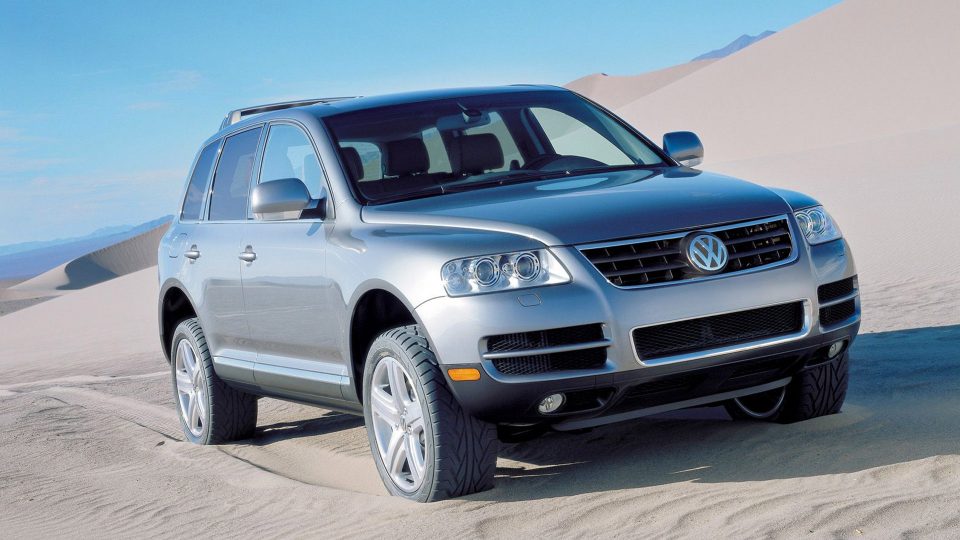 In August 2002, at Volkswagen Slovakia, as in Bratislava, mass production of the Touareg, a luxury-class off-road vehicle, is started, marking the Volkswagen brand’s move into an entirely new market segment.

In December 2002 the “Auto 5000 GmbH” company, operating a plant at the Group’s site in Wolfsburg, starts production of the Touran compact van. A special collective pay model has been developed, aimed at implementing lean production and involving flat hierarchies, team working, flexible working hours and the deployment of more process expertise by the workforce.

In 2003 production of the fifth-generation Golf is started, embodying a new dynamism in its design and engineering.